On a recent trip to East Africa I documented the cycling scene in and around Uganda’s capital, Kampala. There are alimited number of those who ride to work in the city: 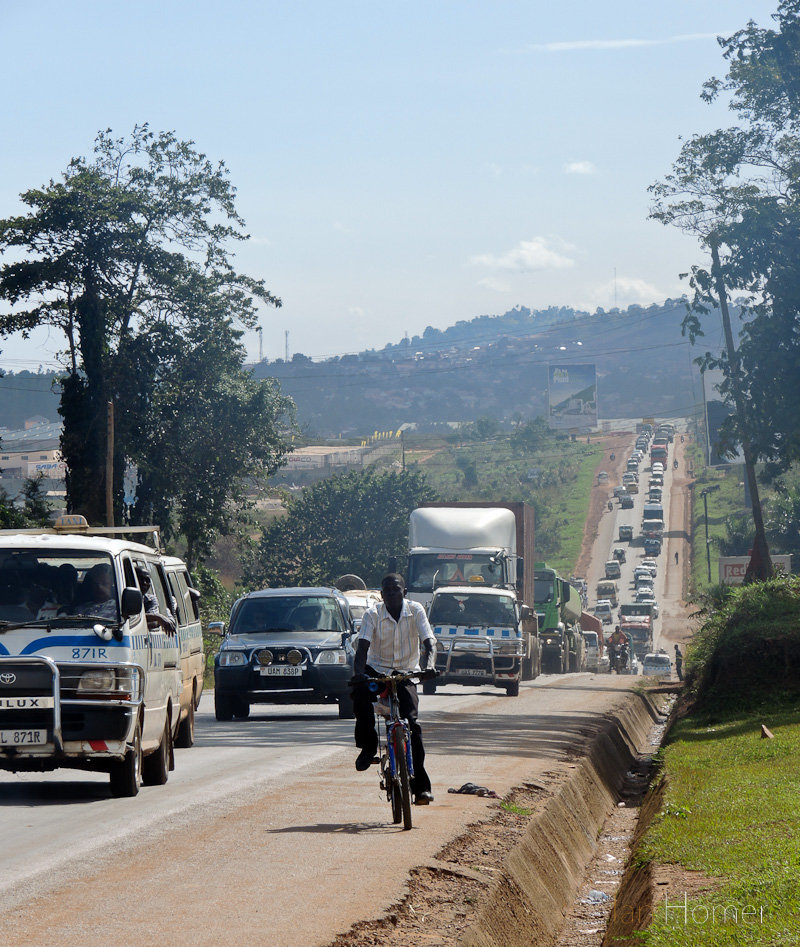 …and indeed those who ride for work – ferrying commuters on the backs of their heavy steel machines: 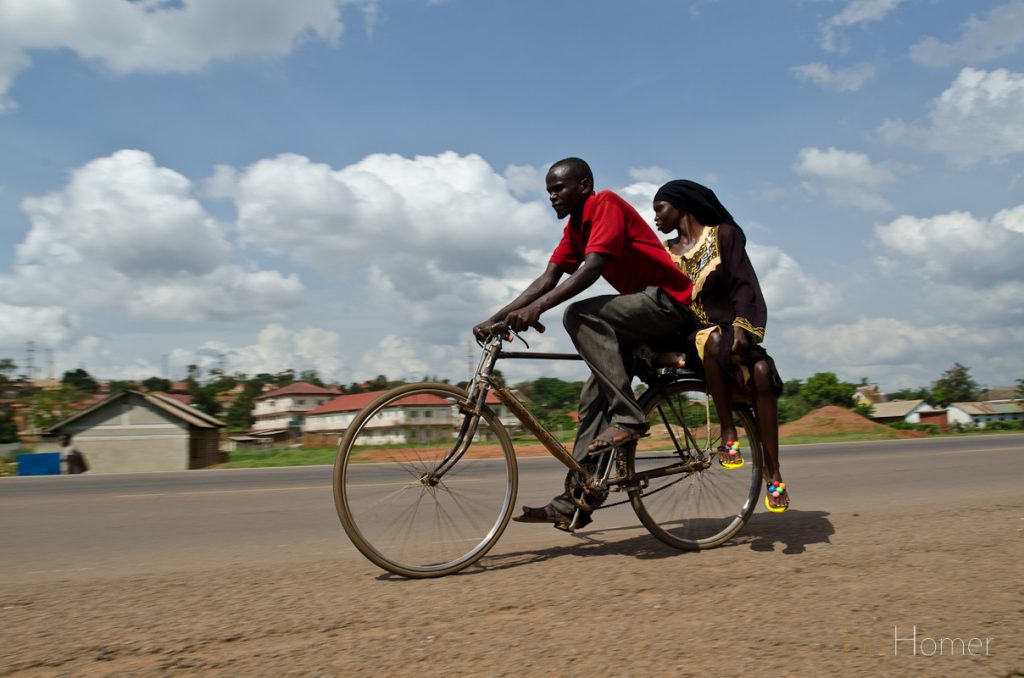 Further out ‘in the sticks’, however, bicycles are relied upon for both personal transport and to move goods for sale: 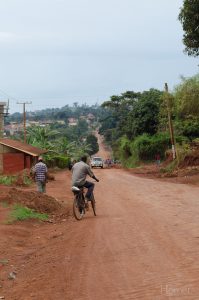 Not all roads in Uganda are surfaced and
bicycles make for efficient transport. 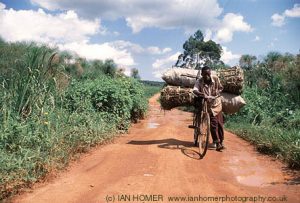 (from a previous trip in ’03) Transporting charcoal
with papyrus wound around it.

The sport of cycling is seeing some grassroots development in this part of Africa,most notably in neighbouring Rwanda but Uganda has it’s own cycling Association and sent a couple of riders to the Commonwealth Games in Glasgow in the months after my visit. Cyclists here aren’t professional but race in local trade teams and have to hold down a day job. I saw many at their places of work. 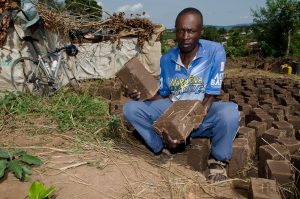 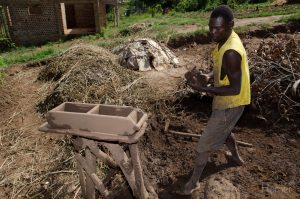 These two guys do 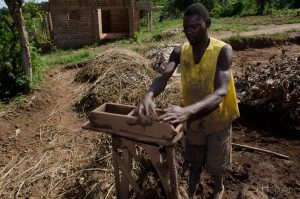 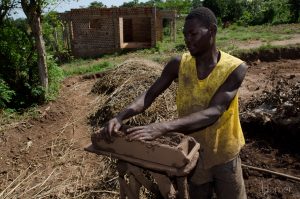 then baked in the sun and then fired 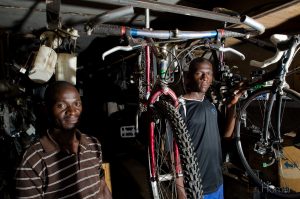 These racers are mechanics as a day job 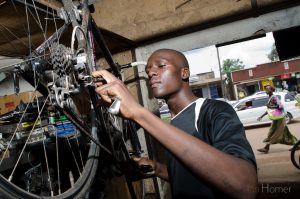 I caught up with the team on a training day: 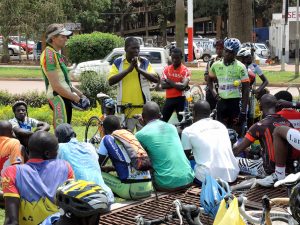 Coach Jesper Fiedler and the riders. 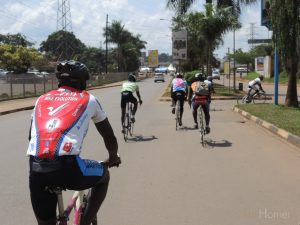 Roads are quite quiet on a Sunday. 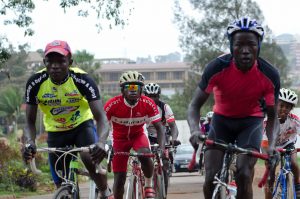 Seasoned racers and up and coming juniors. 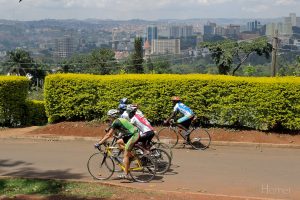 Kololo Heights is uptown in more ways than one. 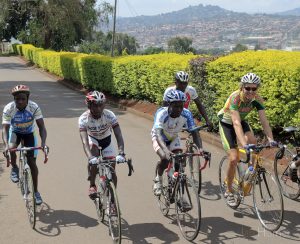 Team and coach in formation. 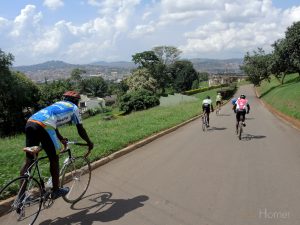 Descending from one of Kampala’s several hills
– which top out at 1300m above sea level.

I’m still in touch with a couple of the guys and the future looks bright inthe longterm for racing in the country.

For a bit of fun I strapped a GoPro to my helmet and did a quick training session ona slick tyred MTB I borrowed. They trounced me on the hills!

This entry was posted in Uncategorized. Bookmark the permalink.